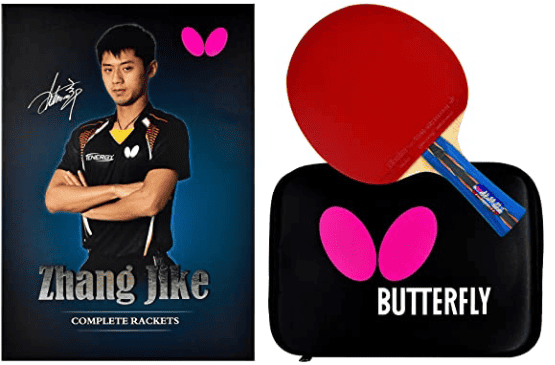 Ping pong paddle that best suits your level of play.

Are you a beginner, or do you play as a hobby and want the best complete racket?

See why we chose this as the best combination of ball control, soft rubber, enabling a high rotation. In other words, blade Zhang Jike, which is fast enough for your needs.

This racket will be fast enough for your needs as a beginner. As a result, you will have control over the ball and will be able to perform all the shots that exist in table tennis with full effect.

If you practice several times a week or play ping pong as a hobby, this is the ideal combination of blade and rubber combined in one racket. Why was this one chosen as the best? See the most important benefits. 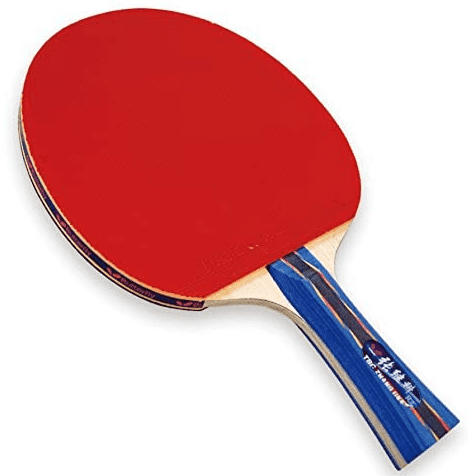 Carbon fiber strengthens the racket and adds speed to it. In other words,  achieving a perfect balance between spin and stroke. Flextra rubber is known for its durability and, on the other hand, has excellent ball control. 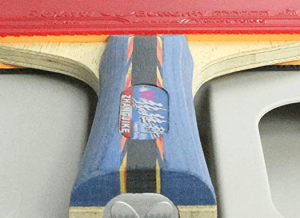 To make it easier to understand the whole racket’s characteristics, it is listed separately for rubber and blade. However, when it comes together as you get with this racket, you have a combination of speed and softness.

Firstly, you will have a completely balanced game, from basic movements for beginners to spins and blocks that more advanced players need.

Secondly, The racket has a 30-day manufacturer’s warranty, and the elasticity and turning are perfect for the average player. So, you have the security of a refund, and you can try the racket and feel the full effect through the game and matches.

Thirdly, and most importantly, it has very good ball control compared to many of the table tennis paddles we did the analysis. Spin, pimples, ball blocks will surely improve depending on what racket you played with before.

Connection of the world brand and the top player

The world’s most famous manufacturer of table tennis equipment is Butterfly. For decades, it has been known that their equipment is of exceptional quality, be it rackets, tables, or clothes.

Two-time world champion and gold medalist at the London Olympics, Zhang Jike. The blade you get in this set is made after him. In addition, he is an athlete sponsored by Butterfly, whose Flextra model rubbers are on this beautiful racket.

Although Zhang Jike realized his dream in 2012 when he managed to win the “Grand Slam.” He is still a top player today. The player earns the “Grand Slam” when he wins the World Championship, World Cup, and Olympic Games in the individual competition.

His statement says that it is important to play and keep a certain level for as long as possible, so we associate that with the ping paddle we describe. It is similar to the racket, the longer and the better it can serve you.

Since he is the type of player who plays with topspins on both sides, such as the racket made, if you prefer an attacking game with topspins but a specific dose of control, this paddle is really suitable for you.

The main reason for that is the exceptional quality of their products. Because they sponsor world players, clubs worldwide,  tournaments, and training camps. Butterfly managed to get renowned world players to sign contracts with them.

However, this is why you can be sure that you have made the proper hit by choosing this racket. The Flextra rubbers on it are long-lasting, soft enough, and you will be able to achieve the maximum effect with all moves in table tennis.

In addition, Butterfly offers the largest selection of table tennis equipment in the world.

Of course, not every ping pong paddle can be the best and fastest, but the quality of workmanship and what is written in the instructions is certainly like that. Some rackets are slower for beginners, and some are very faster for real professionals.

However, not every brand has the longevity and precision in making the racket material. If Zhang Jike ping pong paddle is intended for mid-speed players, then it will surely fulfill all the pleasures during all the moves in the game of such players.

Secondly, Butterfly rubbers are longer lasting and achieve the effect without damage for a much more extended period than others. Of course, it also depends on how often you train, but for example, with three workouts a week, rubbers will last you a year.

About Butterfly as an equipment manufacturer

The company was founded in 1950 in Japan by the table tennis player Hikosuke Tamasu. 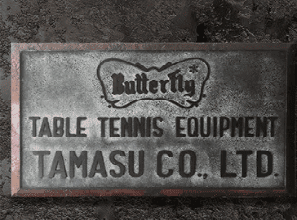 Until 1997, the brand began to grow, and the branch office based in Tokyo changed. Butterfly opened a factory for the production of rackets. Therefore, Butterfly also opened a subsidiary in Moers, West Germany, called “Tamasu Butterfly Europe.”

Firstly, there were 62 brands as equipment manufacturers. Now are over 120 of them, which means that the competition is much more significant. Butterfly as a brand is still the best to this day. So, they expanded to the European market, and they showed more and more how high quality and always innovative they are with their products.

From 1997 until today, they continue to provide top quality and innovation. In 2003, they opened a Shanghai subsidiary office, establishing production and sales in the Chinese market.
In 2008, the rubber that is currently the most famous in the world and used by professionals at the world competitions “Tenergy 05” was published. The new head office building was finally completed in 2018.
With all this in mind, you can be sure that you can’t go wrong with Butterfly. Above all, the only thing that matters is that you understand what style of play you have and how often you play table tennis.

Therefore, the goal of this review is to help you find yourself a racket that is top quality and, at the same time, suits your needs if you are a beginner or a player with a few training a week.

About Zhang Jike as a world table tennis player

Born on February 16, 1988. A Chinese table tennis player. He won the Grand Slam in 445 days, making him the fastest player ever to do so. Therefore, he won the World Table Tennis Championship 2011, the World Cup 2011, and the Olympic Games in London 2012 firstly.

After that, he won the World Table Tennis Championship 2013 and the World Cup 2014, so he is a two-time world champion. You can see the current ranking on the website of the International Table Tennis Federation ITTF. His game boils down to attack combined with fast topspins and loops. He makes perfect use of his backhand, often playing in the middle of the table. It succeeds because it is set very low on the ball, giving it good movement and returning to the old position.

When playing under pressure, Zhang Jike is the best then. Above all, he has exceptional mental strength in key moments.

1. Can I use the Zhang Jike blade with other rubbers?

Of course, you can. If you like the blade and its characteristics, you can later glue other rubbers to the racket. Who wants an even faster game and to use the control and the feeling of blade can put other rubbers.

The procedure for gluing the racket we described in detail on the page How to assemble a table tennis racket.

Not specifically for choppers. But for defensive game players waiting for an opponent’s mistake, yes.

That means if you play near a ping pong table with more pimples and wait for the opponent to attack. So, you can beat him with blocks. For defenders who go further than the table, this paddle is not recommended.

3. How do I get used to the racket if I had a much slower one before?

My recommendation as an experienced coach is to do exercises that involve transferring as many balls as possible to the table.

Try the capabilities and strength of the racket but don’t make it your priority, at least in the beginning. So, ask your partner to do pimpling with you all over the table and after 3,4 balls to practice topspin entry.

Another exercise can be to play two backhands and two forehands and then strengthen with a strong topspin after ten balls. So, you will get a racket feeling through a few training sessions and then hit those real strong balls.

What to consider when choosing a ping pong paddle

Firstly, how do you hold a paddle? Aside from Asian players who like the Penhold grip, the vast majority of players use a shakehand. Therefore, it means that you have three options, flared, straight and anatomical.

Anatomically or flared style is perfect for beginners. We recommend a straight handle for more advanced players who hold the racket tighter. Although this mainly depends on your taste and older habits.

That is why Zhang Jike is our choice as a top ping pong paddle. This paddle has enough control of the ball and the speed to play at the middle level. Thirdly, sponge on the rubber. The thickness of the sponge depends a lot on the speed of the game. Most players prefer thicker and faster rubbers, but the rubbers should be thinner if you are a defensive player. The Flextra rubbers that come with our selection of rackets are 2.1 mm and are approved by the International Table Tennis Federation for tournaments.

The fourth and most important, the type of rubber that is on the racket. As much as the blade affects the game, we can say that rubber also affects it. With the choice of rubber, you can change a lot in the way you play. Harder ping pong rubbers are more for attacking players, while softer for players who like to wait for an opponent’s mistake or attack with lighter topspins and more rotating balls. We need to say that the Flextra rubbers in our Top ping pong paddle selection are perfect for mid-range style players. Moreover, this means that you have enough control of the ball with them, and they are fast enough if you play with topspins with more rotation.

You can see many rubber models and manufacturers on the site in the table tennis rubbers section.

Firstly, I have years of working as a coach and tried many rackets. Secondly, I have seen that beginners and advanced players but non-professionals have to use middle-speed ping pong paddles.

However, as a professional, you need faster and harder rubbers, but that means you will achieve control by training 3 to 5 hours a day.

With that in mind, Butterfly Zhang Jike’s complete racket is my best choice and recommendation based on all the analyzes.

In conclusion, you don’t need to spend a lot of money on the most expensive rubber and blade unless you are a professional. This choice is the best combination of price, quality, and durability.